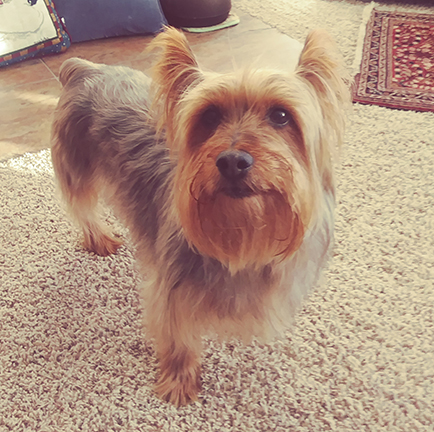 I was going to blog about cowardice, but changed my mind due to recent current events.

I will be deeply grieved if Buddy were ever to leave me. Why? Because I love and know him.

This world, however, does not know Jesus: His might, His kindness, His mercy, His grace, His patience, His love, nor His authority. I’m sure those who know our Great Shepherd can come up with many other attributes to add to the above. As a result of not knowing Jesus, the world mocks and rejects the God of the Universe and His church. Our American society, led by the mainstream media, is progressively hostile in its attitude toward Christians and anyone who believes in the Bible.

This Psalm was written over three thousand years ago, yet accurately reflects our world today:

Why are the nations in an uproar? And the peoples devising a vain thing? The kings the earth take their stand and the rulers take counsel together against the Lord and against His Messiah (Jesus), saying,

“Let us tear their fetters apart and cast away their cords from us!”

He Who sits in the heavens laughs, The Lord scoffs at them…

Worship the Lord with reverence and rejoice with trembling. Do homage to the Son, that He not become angry, and you perish in the way, for His wrath may soon be kindled.–NASB version, Psalm 2:1-4, 10-12

Increasingly we see the Ten Commandments, Crosses, and other symbols of Christianity being removed in our society, or people making attempts at removing them. In Europe, hostile groups are tearing down Christmas trees or causing Christians and Jews to flee or deny them sanctuary. Recently, a group attempted to prevent Franklin Graham from entering the UK to preach the gospel. A Syrian Christian returned to Syria after immigrating to Austria, because he “felt safer” in his home country.

Although Jesus promises us freedom–freedom from sin, defeat, the devil, eternal punishment, self-destruction, negativity–the world sees Jesus and His commandments as enslavement, a “fetter” that must be “cast off” so that they can have the freedom to do whatever they want, to define their morality as they see fit, often in the disguise of a religious belief.

Out of love for us, God sent Jesus to suffer the punishment for our sin. Jesus is our mediator, the bridge between a perfectly holy, sinless God and imperfect humanity.

“The Lord is not slow about His promise, as some count slowness, but is patient toward you, not wishing for any to perish but for all to come to repentance.”–Apostle Peter, 2 Peter 3:9

But as some point, His patience is going to run out.

Because the world does not know Him, we must tell them, out of love for their welfare, even if they don’t want to listen.

Before “His wrath is kindled…”

My dear reader, Jesus loves you far more than I could even possibly love my beloved Buddy. He created you and sustains you every day. He wants to be in a loving relationship with you and not be estranged from you. Could you please consider giving your heart to Him today? He wants to be your Father–and your best friend.