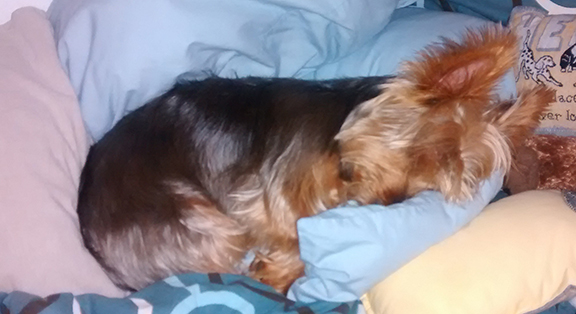 It really bums me when Buddy doesn’t want to hop onto my bed and sleep with me some nights and, instead, runs to a family member’s room to spend the night. Sometimes I know the reason–my electronics beeped and scared him off–but often I don’t know the reason why. However, I don’t force him to stay in the room with me by closing him in the room. (He’s yet to figure out how to turn the doorknob.) If I force him to stay, I know he’ll be unhappy, so I let him go. He’s free to make his choice.

Joshua warned the Jewish nation that it was best for them to serve the Lord God of the Bible, the great King who led them out of slavery in Egypt and into the land promised to Abraham’s and his descendants many centuries earlier, a land of great bounty and blessing. Abraham’s father was a pagan and the Israelites had been surrounded with false gods while in bondage in Egypt. (The 10 plagues were judgments against 10 of the important Egyptian gods.) Yet, despite the pillar of Fire at night and the Cloud by day (the visible presence of God) that led the people to the Promised Land, they carried false gods from Egypt with them.

The below is one of the first great statements of religious freedom in the Bible, and I think maybe, the World (but there’s lots I don’t know about religious history).

Joshua said to the Israelites:

Joshua made it clear where he stood, but he declared that the Israelites had a choice to serve God or not to serve Him.

God created us, loves us and sustains our lives every day. But He doesn’t force us to love and serve Him. We are free to make our own decision whom we will serve.

Then people blame God when people choose evil instead of following Him and doing good.

That’s the price of freedom.